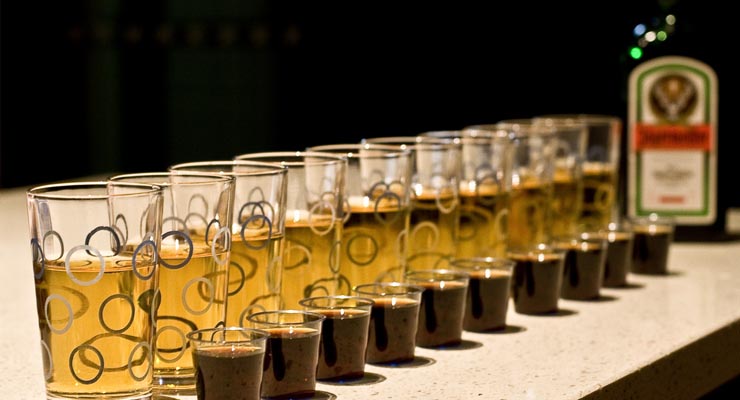 The candidates for the North-East Somerset parliamentary seat have decided to scrap the traditional ballot election and will instead determine a winner by seeing who can down ten jagerbombs in a row.

“Honestly, counting all those ballot papers is going to be such a complete ball ache” claims local election official Jerome Bustyfield. “And have you seen outside? It’s fucking dreadful out there.”

At the end of the day, they’re all utter shits, and we’re all trying to work out who we despise the least. So why not have some fun with it and have a last man standing contest like they do in American teen sitcoms and that Indiana Jones film.”

While all candidates have agreed to the process, as is typically the case, each have their own stipulations.

Election officials have revealed that Green Party candidate Fay Whitfield has asked to drink organic, gluten-free Camomile Tea instead, while Jacob Rees-Mogg wants to replace the Jagermeister with a top-shelf single malt that no one else can afford.

Lib Dem’s Nick Coates will only drink one third of a Jagerbomb and has insisted someone else must drink the rest, though has so far refused to identify who. And Labour’s Mark Huband just wants to get as pissed as humanly possible until he’s on the floor mumbling incoherently about the NHS and Donald Trump.

We won’t see any UKIP or Brexit Party candidates, which is just as well since Jagermeister is imported.

The candidates are then scheduled to compete in a dance-off with each other, explains Bustyfield,

“Seriously, it’s going to be such a riot. Have you ever seen Jacob Rees-Mogg on the dance floor whilst completely off his tits?

It’s like watching a confused baby flamingo trying to take its first step.”