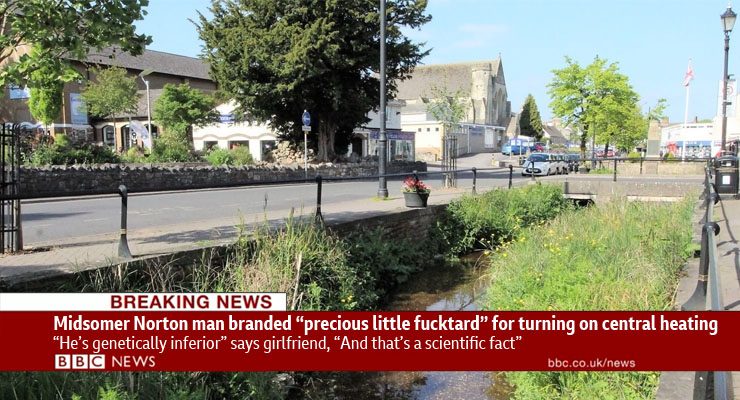 Midsomer Norton is taking a break from all that Brexit bollocks to explore yet another bitter and divisive argument; can we put the fucking heating on yet?

Passive aggressive social media posts and angry, barely legible arguments in Wetherspoons have moved away from Britain’s imminent departure of the EU and are now centered around the annual indoor heating debate.

Jerome Bustyfield, a pro-central-heater from Westfield told us “Man has evolved from living in cold, damp caves. We can now surround ourselves with heated steel at the flick of a switch. That’s evolution.

If you don’t turn the central heating on, you’re basically spitting on Charles Darwin’s grave.

Also, I’m pretty sure I could see my own breath this morning. That’s always a sign.”

However, Bustyfield’s girlfriend disagreed. “He’s a fucking coward. He’s weak. I’ve always thought that about him. Even in summer he wears a jumper. I don’t want to sound like a dick but seriously, who does that?”

And he won’t take the bins out if it’s raining.

He was raised wrong, that one.”