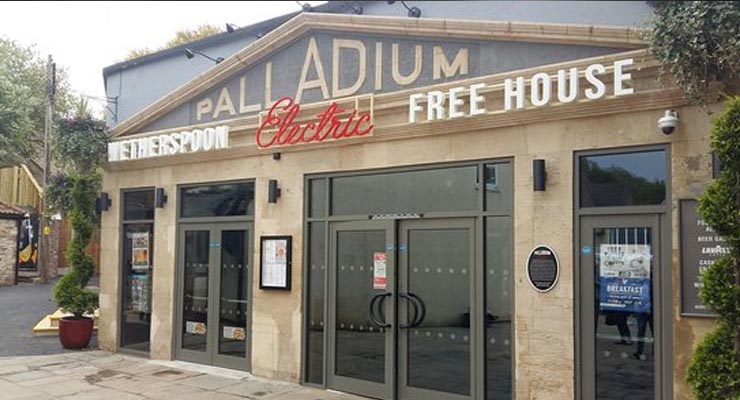 Pubs in Midsomer Norton have begun setting up their “piss heads only” sections of bar for Christmas, so their regulars can avoid queues consisting of tedious droves of festive pub goers who haven’t got a fucking clue how to order alcohol.

While putting up the Christmas tree and festive decorations, pubs are also setting up “express lane” schemes that will separate drunken regulars from people who like to ask things like “what’s your crispest cider?“.

That means Dave, who is at the pub four times a week and just wants a pint of ale, will be directed to a different section of the bar than Jacob, who last went to a pub 12 months ago and wants to know how many tannins are in the guest beer only to end up ordering 6 lattes and half a Carling to be paid on his non-contactless debit card.

Wetherspoons Palladium Electric manager Jerome Bustyfield told us “Our new express system will cater for those who want to get twatted and know exactly how they want to do that. In the meantime, a small amount of bar space will be set aside for those who believe the correct time to contemplate what they want is while they are being served.”

Pub goers who don’t know if the bar serves cranberry juice or can only memorise two drinks at a time are advised to avoid the piss head express area. The same applies to groups of friends who pay for their drinks individually.

Pubs will erect signs and put down floor stickers over the festive period directing drinkers to their respective area of the bar. But those willing to cheat the system have been warned. If a person enters the piss head express lane and inquires about the cost of literally anything, they could face up to a lifetime ban.